Successful hiring is a bit of an art. But experts say “Never put the Art before the Science” in order to improve your success rate.

If you’re like me, you have hired a good number of people over the years. And you have likely had your share of surprises and revelations along the way. A few have likely been pleasant, where people have shown unexpected qualities that have contributed to your business, and a few have led to, well, disappointment.

Statistically speaking, if you are “getting it right” even half the time, you are beating the odds. Research in larger corporations suggests that only 20% of hires are an unqualified success, where both the new hire and the manager who hired them rate it a “great decision” after six months.

That represents an 80% failure rate.

What that costs an organization is a topic for another day, but it does beg the question: what are we missing?

If you dig further into the research, you discover that nearly 9 times out of 10, the reason for the failure has nothing to do with the person’s competence or their skill level. It is directly attributable to their ‘fit’.

If you think of it in terms of the hiring process itself, people are admitted into conversation with an organization on the basis of what they know (skills, qualifications and experience, as expressed in the résumé); while the overwhelming reason for failure is who they are as individuals – their core attitudes, traits, standards etc.

In fact, academic research bears this out. Research over several decades at the University of Manchester into the relative validity of various predictors of job performance shows clearly that the items contained in the résumé have a far lower predictive value than the individual’s core traits and how they process and use information.

Further research into the concept of “fit” reveals that there are actually four critical aspects of fit to consider:

Science can accurately predict someone’s likely fit, or compatibility, in an environment. There are new platforms that are designed specifically to help organizations screen candidates for fit in the reality that would be awaiting them on their arrival.

The big mistake most organizations make is in relying on conventional techniques to crunch through a stack of résumés (or the old “A pile, B pile, and C pile” technique which I used for most of my career), then do phone screens and interviews, and then administer an assessment with the shortlist.

This method relies on the factors with the lowest predictive (read: nearly meaningless) value in the front end, then investing in science to screen a shortlist that might as well have been assembled by a random-number generator.

When you look at it that way, it’s absurd.

Far better in my opinion is to let the science do the heavy lifting up front by screening ALL your applicants for their likely fit in your open position; then, once you have identified the best people—those likely most compatible—at this point you can check their résumés to make sure their knowledge, technical skills and experience is in the right ballpark and take them through the interview process.

There’s room for both Art and Science in hiring. Using them in the right sequence will yield you a better, more consistent outcome. 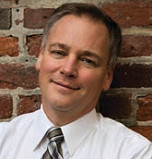 Jan is the co-founder and president of Fit First Technologies, a company that applies its predictive analytics to the task of matching people to roles. Those algorithms drive platforms such as TalentSorter, FitFirstJobs and Eyeployment.com, which are relied upon by organizations to screen high volumes of candidates for “fit” in their open positions.

The War for Talent is Winnable

Eyewear Style Experts Are Made, Not Born!

How to Manage Life-Work Balance in Your Practice